These are just a handful of the hundreds of clients we have helped fix their pectus without surgery.

Coy has completely transformed his physique in 1 year of our training. He went from skinny with posture accentuating his pectus to an amazing physique with a hardly noticeable case of Pectus. He described the training as "life-changing" and commented on how many compliments he received from his peers on how fast he transformed.

With a more severe case & being 45, Jon shows no matter how extreme your pectus or how old you are you can make a massive change.  His muscular development in conjunction with Vacuum Bell Therapy has resulted in a significant body transformation & reduction in prominence of his pectus. Jon's transformation has taken a year & is still in the works. He has signed up for another year to continue his journey.

Erik was a typical case of Pectus Excavatum in which being extremely skinny was greatly accentuateing his Pectus. Putting on mass enabled him to completely transform! He said the “the training & coaching completely changed his life and gave him the confidence boost he needed”.

Ruslan was able to build an impressive lean muscular physique which has masked his pectus. His described the training "as the best investment he ever made" & that he is "feeling better in his body, he gained muscle, strength, confidence, healthy eating habits & also implements yoga which has increased his well-being".

Jake's results took only 8 weeks. He had a better starting point than most with already prior gym experience & a foundation of muscle.  When asked about the program Jake answered "I feel great. I have changed my body so much".

Dor has a severe case of Pectus Excavatum that was being accentuated by his body composition & posture. By losing fat and turning the 'potbelly appearance into abs he was able to drastically reduce the rib flare & sunken chest appearance.

In only 3 months Oscar was able to build 13kgs of Lean Muscle & completely change his physique so much so that his pectus is now hardly noticeable! He describes Rileys coaching as "life changing & would highly recommend this to anyone with Pectus Excavatum".

Victor has gotten extremely muscular with the training & has been able to make his Pectus hardly noticeable in doing so. He says he has "gained a lot of confidence & strength & now he is really confident in his body".

Michael has built a lot of confidence in himself & his body with the training. His case of Pectus is a more mild case but now after 1 year of the training you cannot tell he even has Pectus.

Glen has a more severe case of pectus & has successfully put on muscle in conjunction with Vacuum Bell Therapy to transform his body & make his pectus a lot less noticeable. Glen is still working with me and as we continue to build a better lean muscular physique & develop his inner chest & abs his pectus will be improve even further.

1:1 Coaching with Riley is very exclusive with limited availability.

Mikes transformation is a testament that age is just a number, being in his mid 40's, he proves it's not too late to utilize exercise to fix pectus.  His transformation is also a testament that being lean is a key component of this. Losing the fat in his torso & developing his core & obliques really minimized the visual extent of his sunken chest & flared rib appearance.

Krige has built an incredible physique and has made his pectus hardly noticeable in doing so. He said "this program really changed my life I was never confident taking off my shirt in front of people but now I do it easily and I'm way more confident". 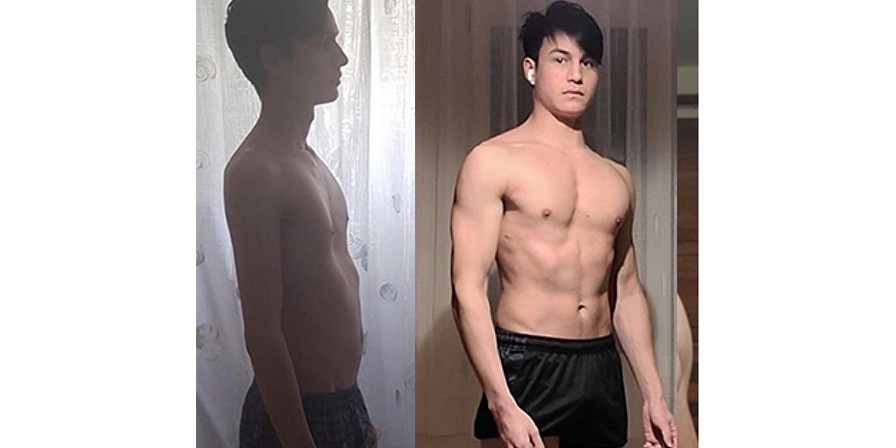 Jerome has utilized the Vacuum Bell in conjunction with the training to completely fix his Pectus without surgery. He has built an impressive lean muscular physique, fixed his posture & successfully used the Vacuum Bell to create a permanent lift in his chest. 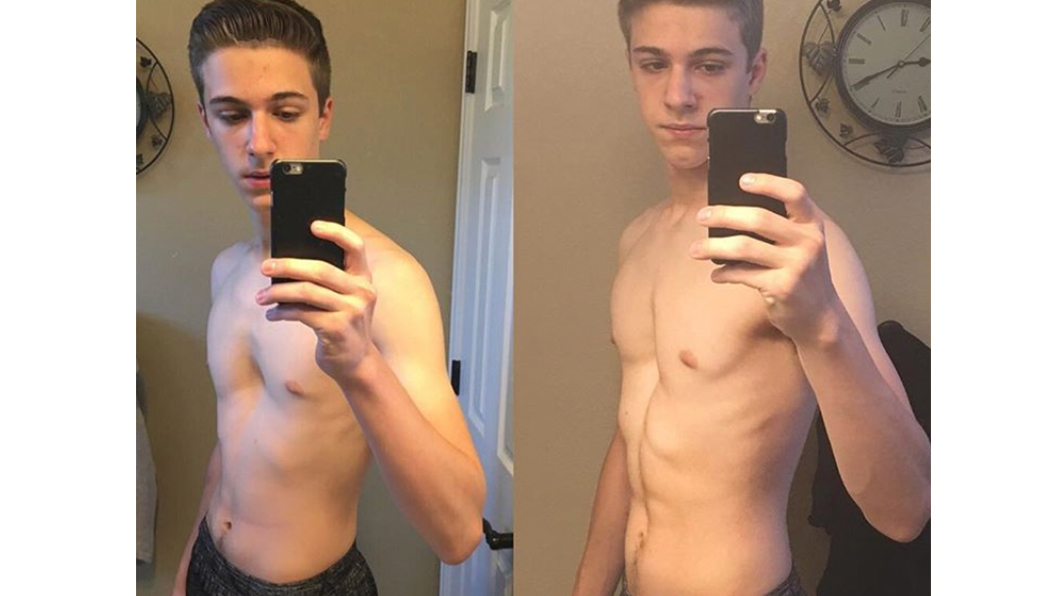 Thomas's transformation was done at home training with only dumbbells, a bench & bands. His transformation shows that at 14 & without a gym membership you can fix your pectus without surgery! 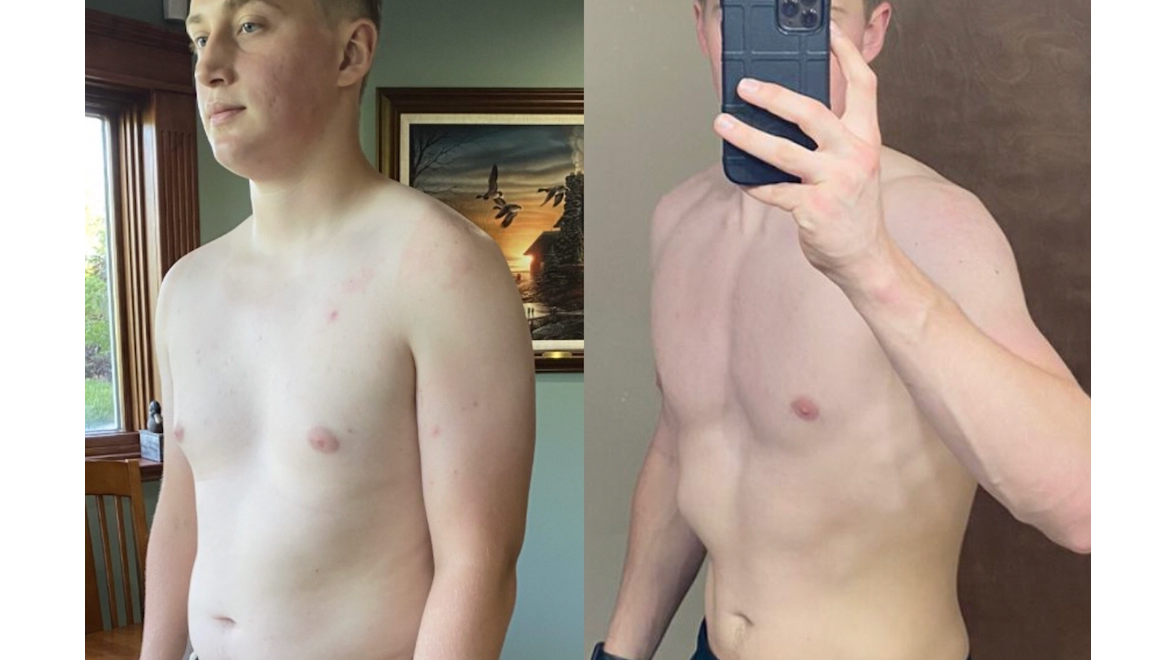 When Richard started he had no exercise experience, bad posture & body fat accentuating his pectus. Richard completely changed his life with this program & fell in love with training. He developed an awesome body with great posture & as a result his pectus is hardly noticeable & he is now confident in his body. 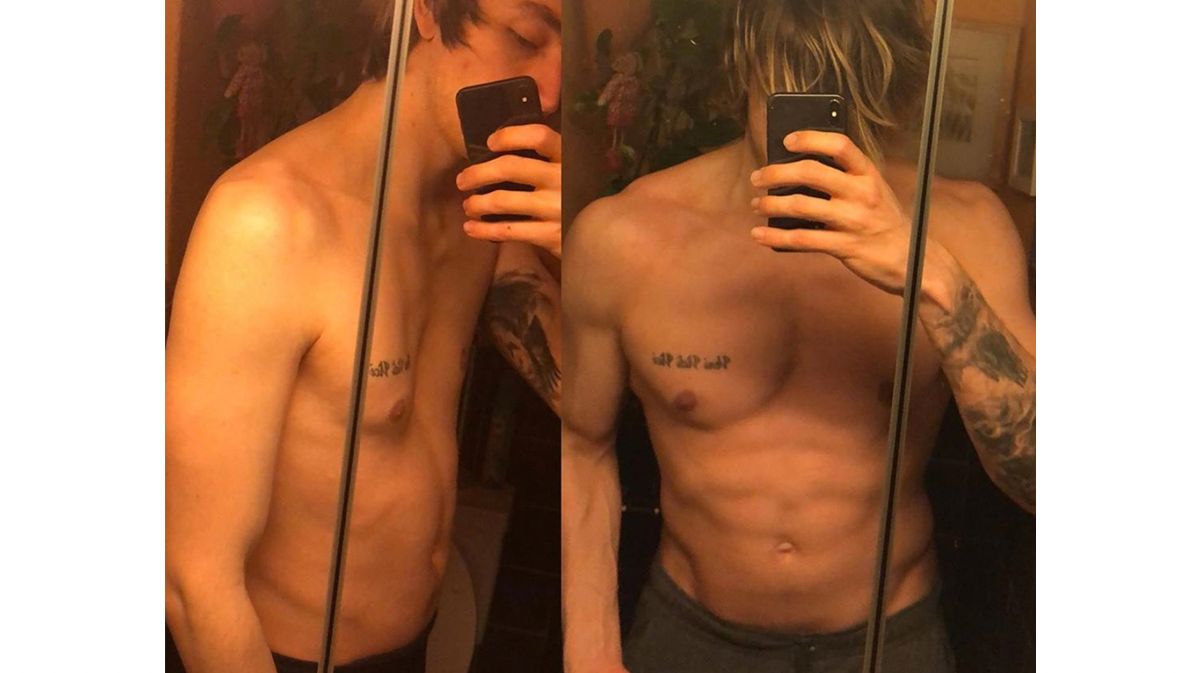 Roy was one of our fastest client transformations. He put on 10kgs of muscle in only a couple of months and completely minimized his pectus appearance!! 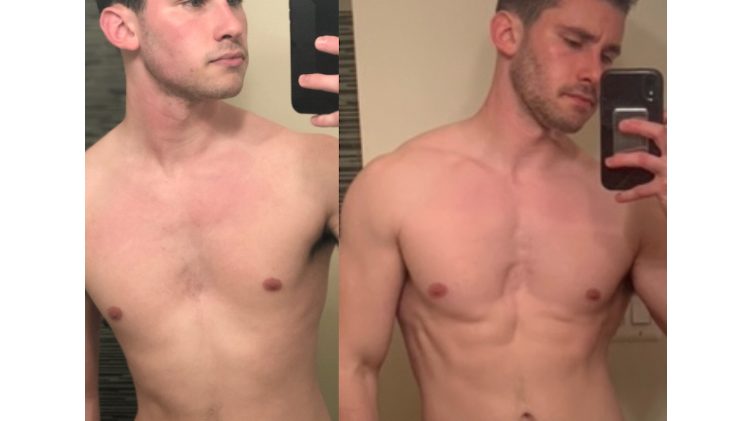 Gabes transformation is from a couple of years of coaching. He has built an incredible physique and put on a lot of muscle around the indent to mask the condition. His lean muscle and ab development has helped improve his rib flare. 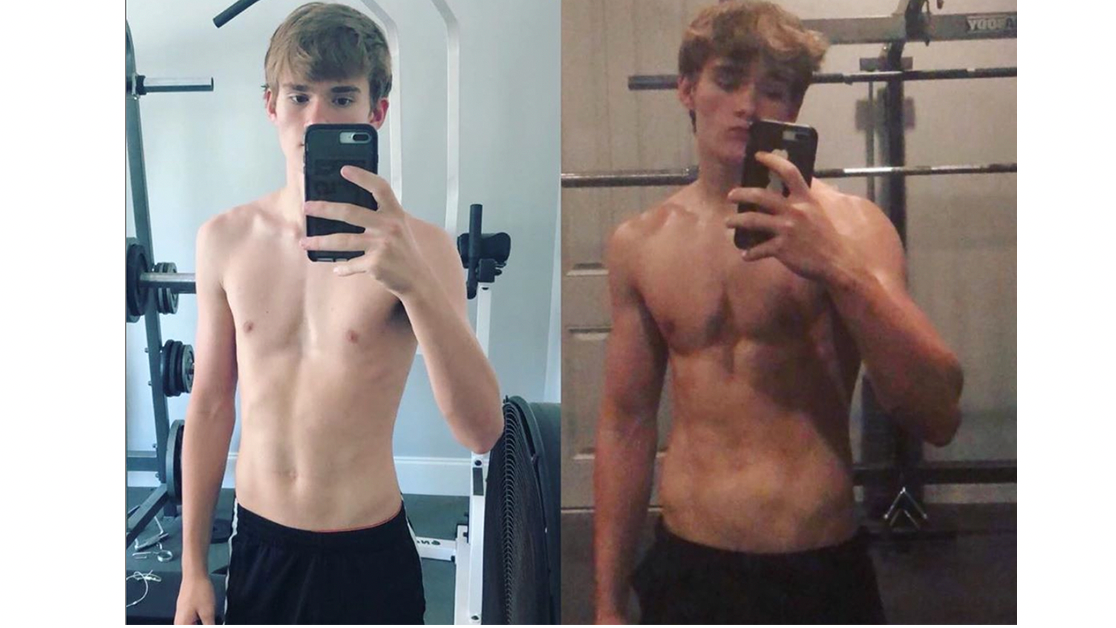 When asked about his results from Riley's Coaching Caden answered "I went from being super skinny to being one of the strongest people in my grade. I now have the confidence to take my shirt off whenever. I don’t even notice that it’s there anymore most of the time." 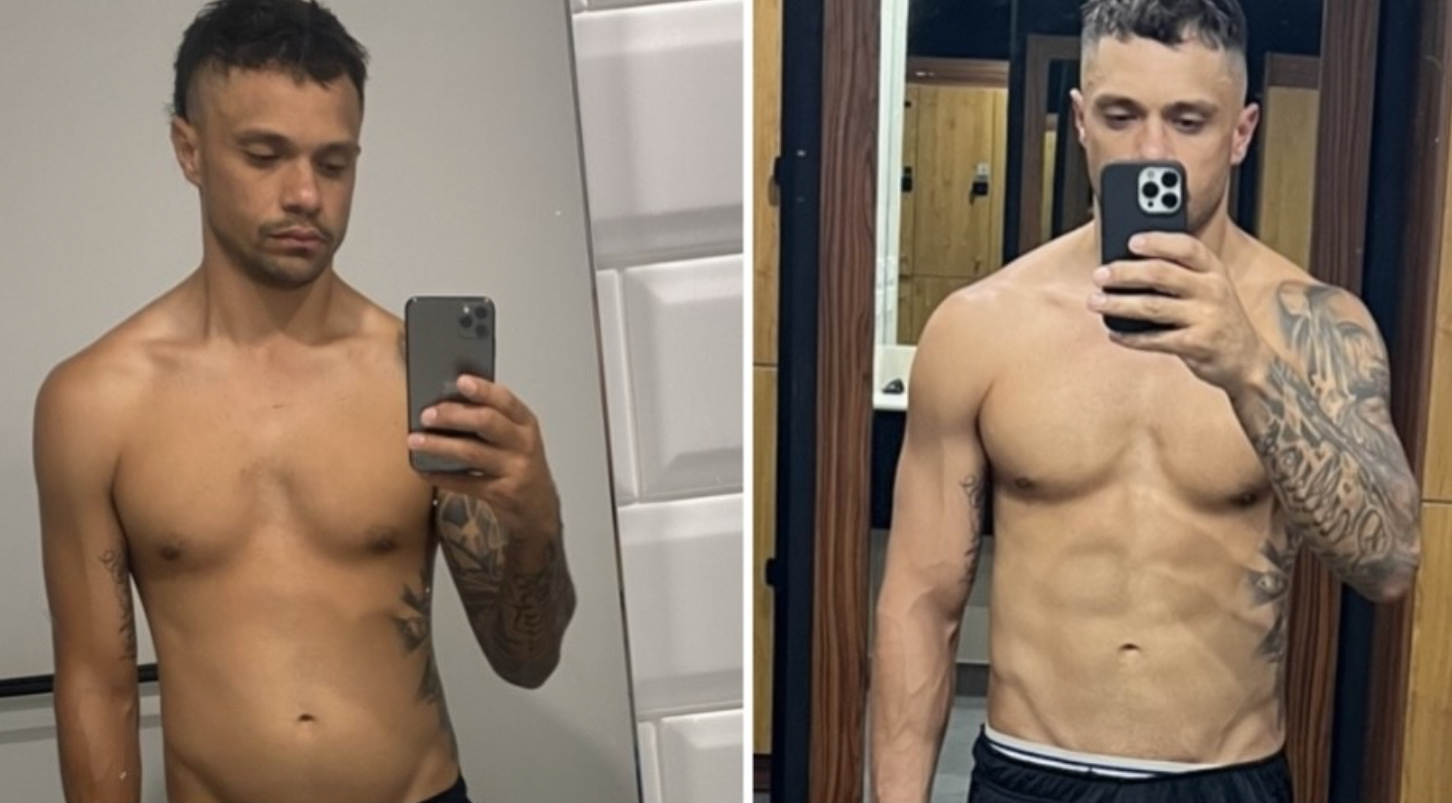 Marley's transformation only took 2 phases! He already had a base of muscle and with his dedication to the program & all elements within it (training, nutrition, stretching) he has been able to build a lean muscular physique which masks his mild case of pectus in just 10 weeks. At 14, Will has made drastic improvements to his pectus in just a 6-month period. His case is an asymmetrical case which is very common and shows just how effective building muscle, with a focus on unilateral movements to even out the imbalance can be. 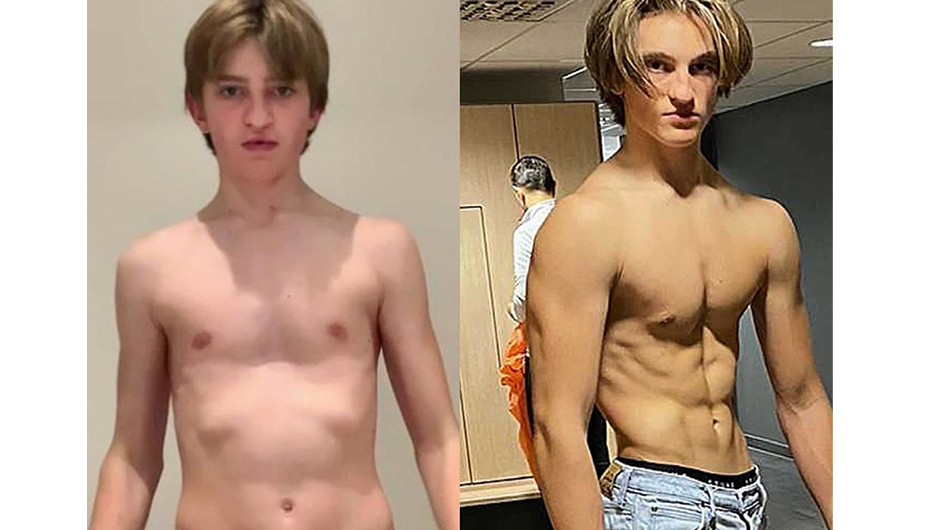 Linus had a very common case of Pectus Excavatum. A minor indent but very prominent flared ribs. His transformation highlights how developing abs & obliques & also your pecs so they protrude more than the ribs can really mask the rib flare appearance associated with pectus. 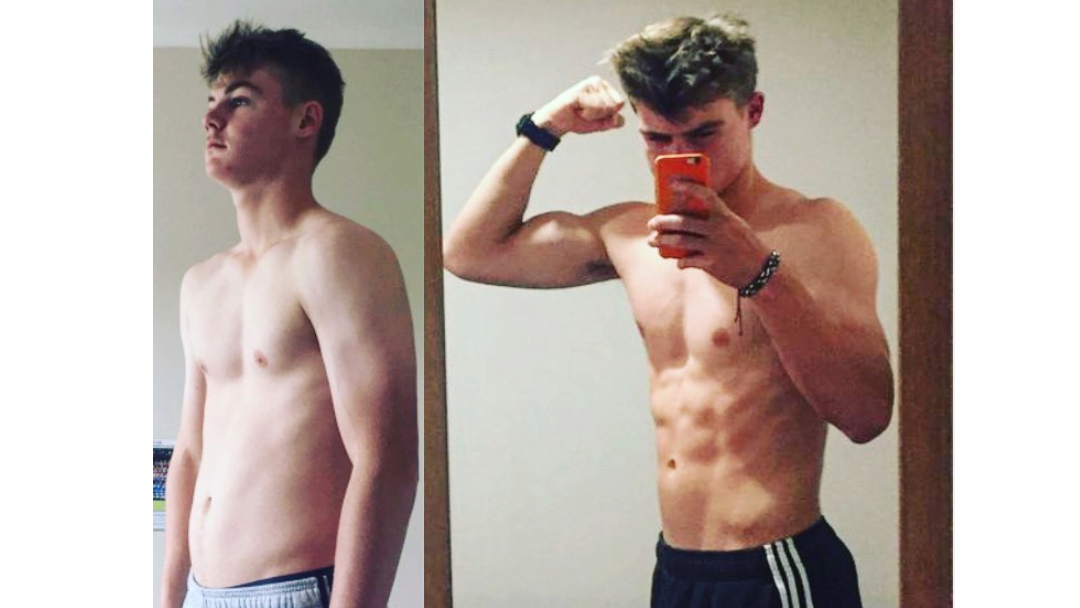 James already was in good shape at the start of this journey but through fixing his rounded shoulders posture & developing more lean muscle he was able to completely mask his pectus & build a body he is now confident in! 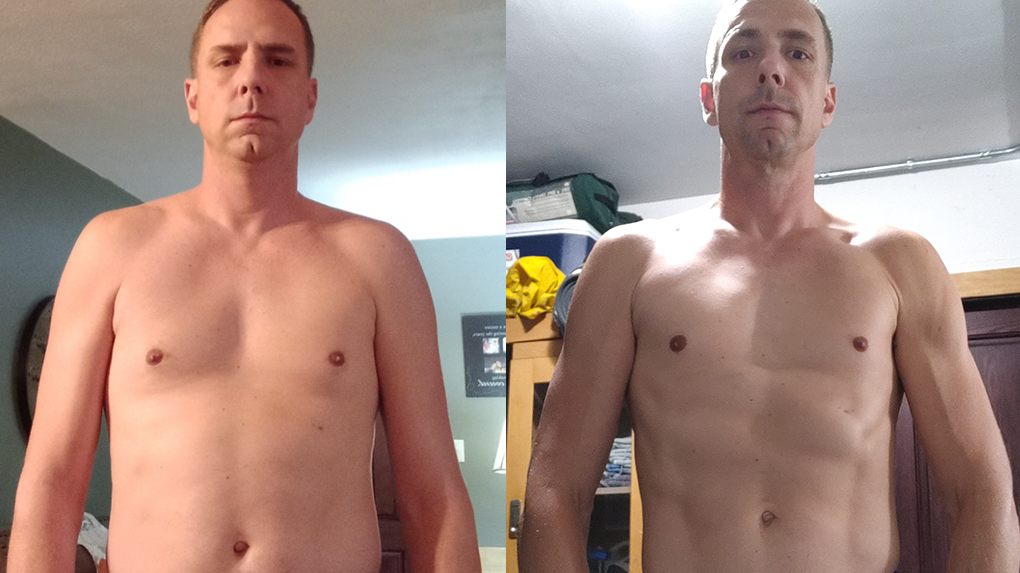 Through extreme dedication to the Program Wyatt has been able to completely transform his body. From an out of shape 'skinny-fat' physique that made his pectus look way worse than it is to a shredded awesome physique with a hardly noticeable pectus in just 9 months. 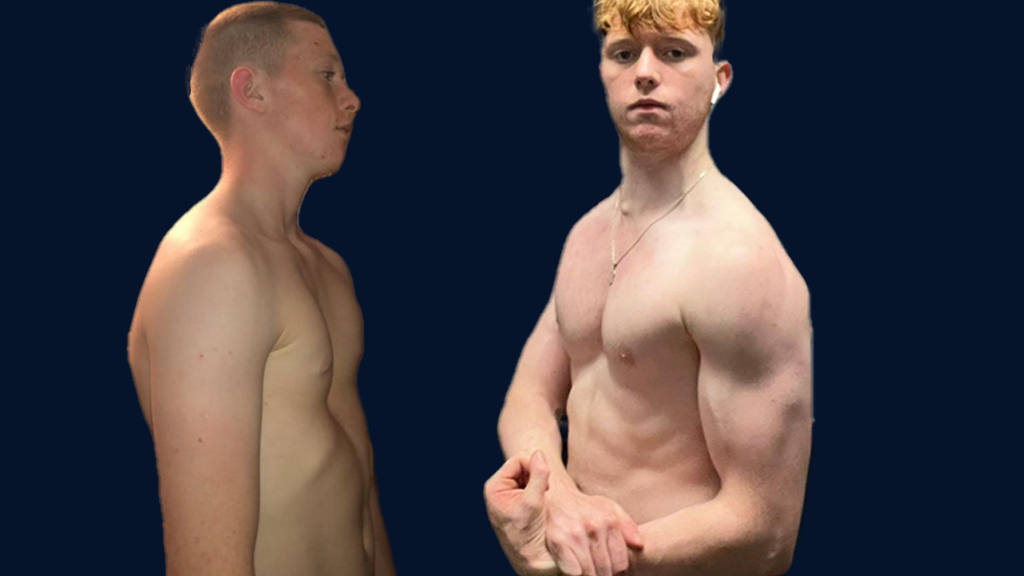 Oisin claimed the training has "changed his life". Before beginning the training he was extremely insecure in his body with no idea about how to workout & horrible rounded posture that was greatly accentuating his pectus. Now he looks awesome, his posture is straight & his pectus is hardly noticeable. 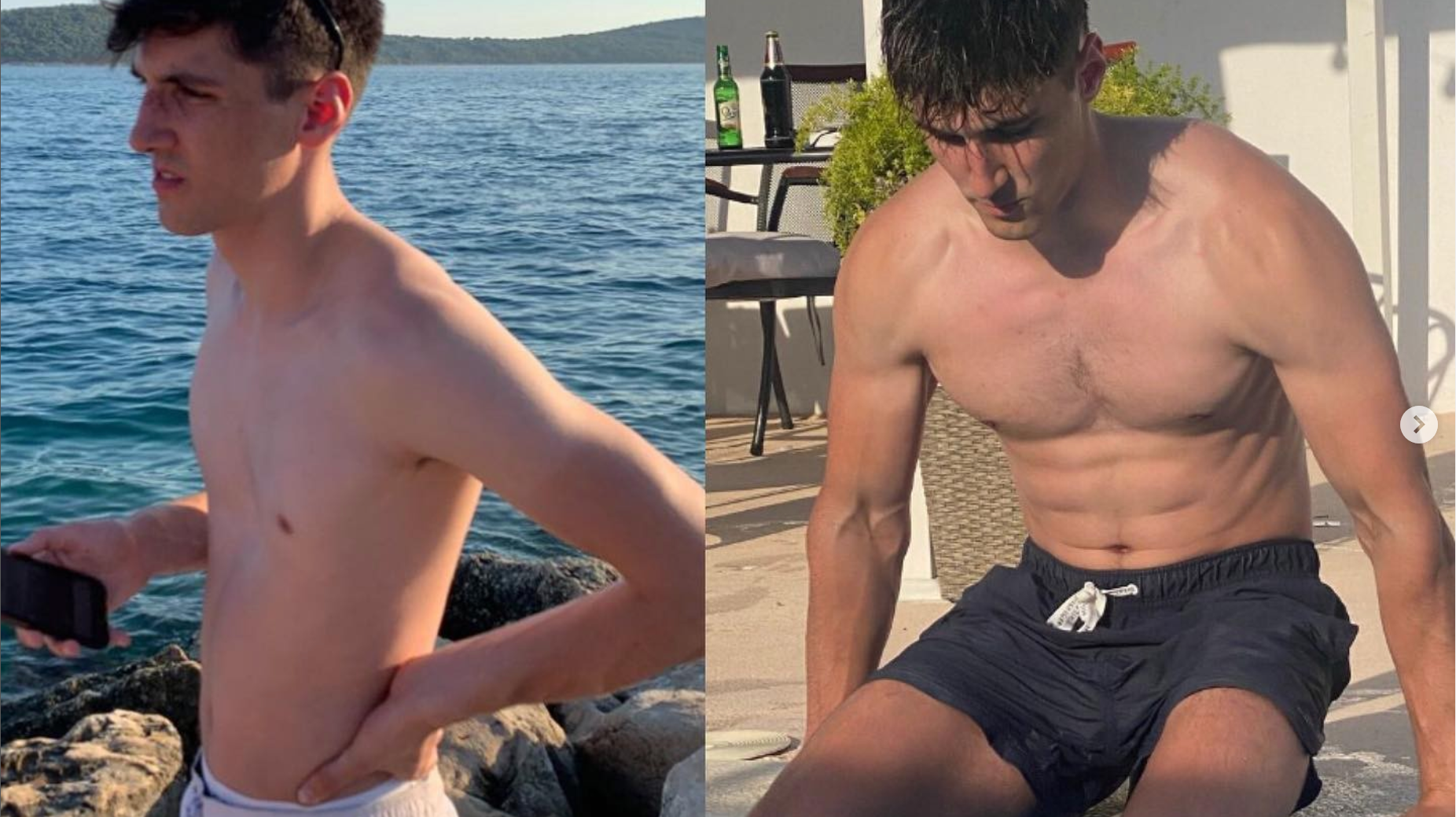 Archie was able to build a lot of muscle with this program & completely hide his pectus. More importantly, with the program he achieved his #1 goal which was to be confident to take off his shirt in public. He said "Lots of people have come up to me, surprised of my progress and have asked me how I have changed my body from a skinny kid to what I am today. Never in my life would I imagine looking like this".

Fill in the Form Below